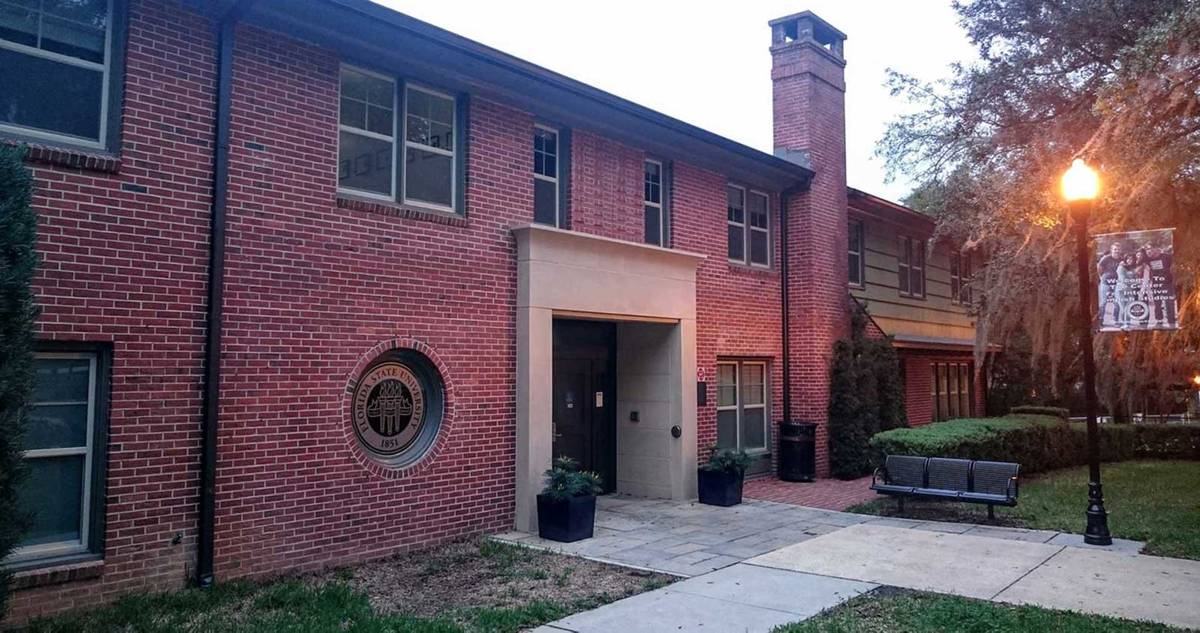 Just for the records, CIES is not a frat house, but it is a brotherhood, CIES doesn’t belong to the Greek system at FSU, but they really know how to have fun. Who knows… maybe in the future we can find a few Greek letters, build dorms in the house and Dr Kennell could be our president, we could recruit some people and make some jokes to the pledges lol

Maybe you are wondering what CIES is? CIES means Center for Intensive English Studies, there are different centers around USA, the one that I’m going to talk about is the CIES at Florida State University.

What I was doing there? Well… since I was in high school I’ve enjoyed watching the american movies about colleges and fraternities, those are things that we don’t have here in Colombia, I mean, of course we have colleges, but not THAT kind of colleges, you know.. So, I decided to go to the states and experience the college lifestyle, basically I didn’t care if I was going to an English course, an Italian course or a Spanish course, even when Spanish is my native language 😀

After looking for while, I decided to go to University of Arkansas, yeah, that’s right, the one in Fayetteville, Arkansas.

In my efforts to improve my English, I signed up in a language exchange website, it was a very big coincidence that I finished talking with one girl from Tallahassee, she was a student at FSU interested on practicing her Spanish. We talked about a lot of things, one of those things was about she planning to go to Peru again, and myself planning to go to the States, she told me UofA was located in the middle of nowhere and I should go to Tally instead; that was a nice talk…

I started searching and investigating about FSU, I really liked what I saw and I decided to change my destination, one of the cleverest decision of my life. (it doesn’t mean that Arkansas is bad, I just want to say that I had a great time in Florida)

A big world in one place

If I had to make a list of all the countries, It would take me like for ever, but, you can have an idea about it: I met people from China, Taiwan, Thailand, Vietnam, Korea, Japan, Saudi Arabia, Kuwait, Iran, Russia, Turkey, Spain, Mexico, Venezuela, Colombia, Perú, Bolivia, Argentina, Brazil, and some other countries from Africa that I don’t remember.

Also, something nice was studying with not very Americanized students, in consequence, when I wanted to learn about one country or culture, I had the opportunity to learn about it with people that had lived almost all their lives in their countries of origin, so they have a great background about their countries.

The college life in the States is almost all around their football teams, even if their team sucks.

However, I have very good news for you, at the present time, the seminoles are the best team in florida and one of the strongest teams in the country, actually, we were the national championships in 2013, just a few years ago.

One of the best things to do in Tally is the tailgating party, it’s an event celebrated before the home football games, people usually drink, eat and have fun. They are different spots around campus where you can find one, also people like going to the bars and downtown to celebrate.

So, The Florida State University Seminoles are a good team and they nole it

At CIES I received very good English classes, the teachers were very educated and they really care about your learning process. Just picture this, you are in room, everybody in the room speaks different languages and you have to find a way to communicate with them, well, let me tell you that they teach very well, I found people that didn’t speak speak English the first days, and, at the end of the session, they will be able to speak fluently.

Also, you have the opportunity to take free TOEFL classes. The teacher is Soli, a fantastic guy, Mondays and Thursdays he teaches TOEFL. A big percent of the students at CIES want or need to take the test, and almost all of them get the required score thanks to his classes.

Other nice thing about the teachers and the teaching methodology is that they are fresh, they are young, you know, the teachers are like your buddies, they are always in a good mode and willing to help you out in anything you need.

Many of the teachers and staff at CIES are local people as well, so, if you are looking for something to do or some place where to go, you can just talk with them and that’s it.

The house is open

I talked to you before about the diversity at CIES, and one of the opportunities that we have to show up our world to the university and Tallahassee is with one event called Open House. On that day we are organized for world zones (Latinos together, Asians together etc) to decorate some rooms with every culture, with music and food. We open CIES to everybody to show what we do and explain our lifestyle in our countries.

Being surrounded by people from other countries it’s amazing, there are so many things you can learn about them, but in an event like this, where you are together with people from the same region like you, it’s a great opportunity to remember that is very important to feel proud of where you are from, because your country and your culture are part of your identity.

CIES party was successful, it was very nice watching people from all the campus learning about our countries and showing to them all the hard work that the staff at CIES do in daily basis.

During my 5 months in the states I enjoyed doing a lot of activities, a lot of them coordinated by CIES staff, we played bowling, we went to Seminoles football and soccer matches, we went to the circus, we went to the beach in St George Island, also we enjoy local events like the tailgating or food truck Thursday at the Lake Ella.

I’m from Colombia, Halloween is a big deal here too, and, well, in the States, almost everything is awesome and Halloween was not the exception, October 31th 2015 was a Saturday, so, it was like everybody in Tallahassee was celebrating since Thursday till Sunday, all the weekend 😎

At CIES we had a Halloween party, I really liked the efforts of Michelle, Claire, Jen and all people that wanted us to have a good time. So, that day you could find your friends and teachers wearing all type of costumes around the house.

Also at FSU you have all kind of facilities to practice almost any sport you want, so, there are not excuses. I played soccer a few times but I need to admit that I’m not that great, but, dude!! I just did it for fun, the score doesn’t matter 😛 , however I won a trophy with my friend Marco and other people, we were the champions of small international tournament, so, something is something.

To keep in Mind

I’m not quite sure if I’m the best to give advice, despite that, I think I can let you know some things before you hitting to Tally

1. Tallahassee is the capital of florida, but still, it’s not that big like Miami or NY, and that is fine!!! Tally is more like a College Town, that is great if you like college lifestyle like me, also the Greek system is pretty solid, and it has a lot spaces where to do outdoors activities as well.

2. Don’t be late in Classes, I know it looks simple, but, I was late like almost every day and I don’t feel proud about it, you don’t wanna miss the lessons.

3. Learn how to Cook Do you know how many times I did cook something on my five months in the States? Zero!!! I went to a buffet almost all the days, also I was very lucky to have Blanca, my friend that help me out. So, keep in mind that nobody is going to be babysitting you. Learn how to cook anything, it could be just a bowl of rice or something.

4. Sports, how I told you before, there are a lot places were to do sports in Tally, also you can use the FSU gym for free if you are a CIES student, and almost all the apartments complexes have GYM, some of them 24/7.

5. Housing, I lived in Seminole Grand, it was fine for me, maybe sometimes you can have some noise neighbors, so, with some earplugs you will be fine.

6. Bars and Clubs, I’m not a crazy guy about partying every weekend, however I did have fun in some clubs even when I don’t dance, you can go to The Strip, Encore, Coliseum, Rokbar, Potbelly’s etc…

For more information about applying to CIES and related information you can check their website or you can ask me about it.

That’s it, thank you for reading.

Don’t be a stranger, keep in touch.